To share your memory on the wall of Kevin Ferro, sign in using one of the following options:

Kevin was born in Grangeville, Idaho on July 7, 1967. He was a graduate of Thomas Jefferson High School and Eastern Gate... Read More
LISBON, OHIO – Kevin D. Ferro, 53, of Lisbon passed away Tuesday, October 6, 2020 at his home.

Kevin was born in Grangeville, Idaho on July 7, 1967. He was a graduate of Thomas Jefferson High School and Eastern Gateway College. Kevin worked at TIMET in Toronto. He proudly served his country in the Navy, Army and National Guard for 26 years. Kevin served two tours in Kosovo and Iraq with the Company C 110th of the 28th Infantry Division of the Waynesburg Armory. He was a member of ATG in Lisbon, Military Minds Inc. and the Garage Church in Lisbon. Kevin was also known as “Sony” and “Paw Paw”

Friends may visit at the Dawson Funeral Home on Saturday where the family will be present from 3 to 7 p.m. Danny Schafer of Garage Church will conduct a funeral service Sunday 2 p.m. at the funeral home. Burial in Tahoma National Cemetery in Kent, WA at a later date. In compliance with Ohio state regulations with concerns of the COVID-19 virus masks must be worn at all times in the funeral home.
Read Less

To send flowers to the family or plant a tree in memory of Kevin D. Ferro, please visit our Heartfelt Sympathies Store.

Receive notifications about information and event scheduling for Kevin

We encourage you to share your most beloved memories of Kevin here, so that the family and other loved ones can always see it. You can upload cherished photographs, or share your favorite stories, and can even comment on those shared by others.

Love, Courtney Marburger and family, Come on Yellow Stone!, and other have sent flowers to the family of Kevin D. Ferro.
Show you care by sending flowers

Posted Oct 10, 2020 at 01:51pm
Kevin lives on in your hearts and your memories...God Bless. Sending big hugs and love from Florida. Xoxo.

Posted Oct 09, 2020 at 10:06pm
Dont ever discount the wonder of your tears, they can be healing waters and a stream of joy. Sometimes they are the best words the heart can speak.

Flowers were purchased for the family of Kevin Ferro. Send Flowers 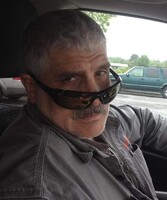 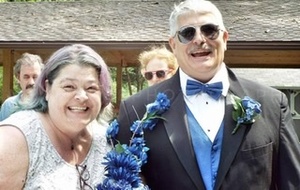 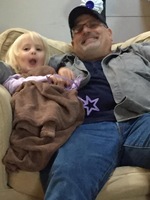